Unfortunately students often go through our Colorado shooting training courses with weapons they have problems controlling and manipulating, due to improper selection. Many times we hear, “I wish I’d talked to you before I bought this.” Students often select weapons based on someone’s opinion, or on size, or even appearance. Our opinions are based on training literally thousands of shooters of both sexes, and all shapes and sizes. Here are some things to keep in mind when selecting a handgun for training or home defense purposes.

Choice should be determined based on: its purpose, how the weapon fits in the shooter’s hand, if the shooter has the ability to control the recoil, weapon reliability, body type, user fashion, and the shooter’s ability and motivation to practice.

"I Wish I'd
Talked to you
before I
bought this."

First Consider the Purpose of the Weapon

Is it for home defense only, traveling, and/or concealed carry? If you know you will never carry concealed, stick with a full size frame. Remember, the smaller and lighter the gun, the more recoil. Recoil affects all of us, but especially new shooters, and smaller and weaker individuals. Alloy frames will have much more recoil than steel. Many shooters have a hard time controlling recoil on alloy frame handguns. Shooters are roughly 20% less accurate with sub-compacts in comparison to full size frames, and sub-compacts are also harder to load, re-load, and clear malfunctions. 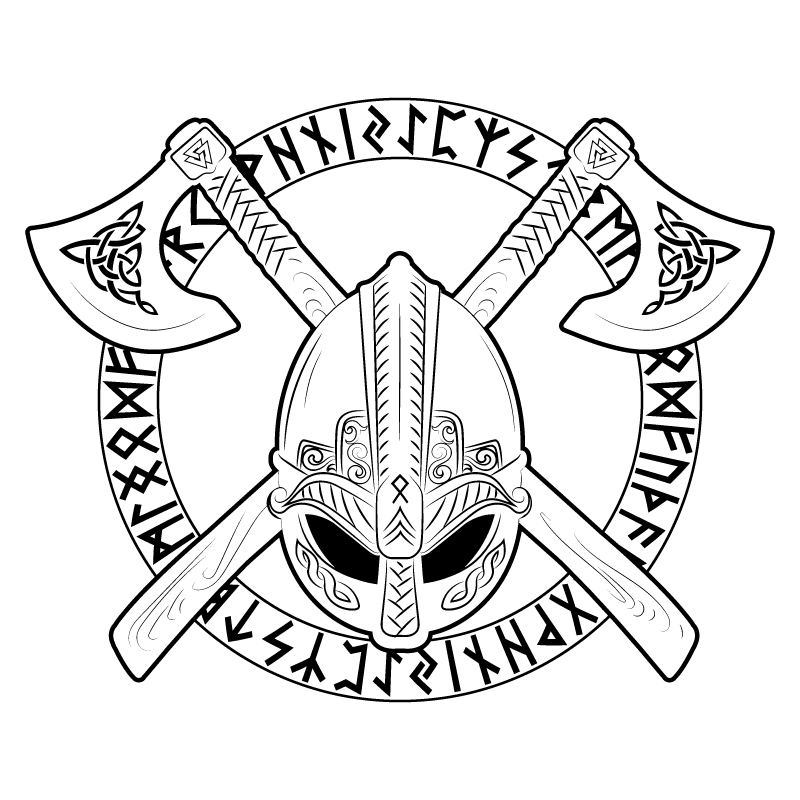 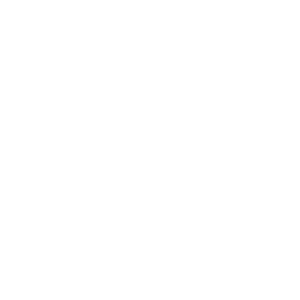 As far as where to carry concealed...

there are pros and cons to each method of carry. Your body type or fashion may restrict where you can carry concealed. Women typically wear tighter clothing, therefore making weapons harder to conceal. Purse holsters are an alternative, although you must be very aware of where your purse is at all times. Ankle holsters are comfortable and easy to conceal with a sub compact frame, yet drawing is slower. Wearing a pocket holster, inside the pants holster, or belt holster, while easy to access, are sometimes hard to conceal. Also, if the wearer gets grabbed around the waist they can be impossible to draw, unlike an ankle holster, which can be drawn even from your back or when pinned against an object. You must understand that if you draw your weapon, it is very likely you will also be involved in a physical altercation. Another big advantage to an ankle holster is the weapon can be drawn easily while seated in your vehicle, without unbuckling, digging through clothing or leaning forward.

Beginners are less likely to invest much time into practice, revolvers are an excellent option. Revolvers have no magazines, de-cockers, safeties; they don’t malfunction from a weak grip, (known as “limp wristing”), and if a revolver does malfunction, (which is highly unlikely), the shooter merely pulls the trigger again. The only disadvantages to a revolver are it will usually have either 5 or 6 rounds at full capacity, the trigger pull is often heavy, and reloading is slow. (One way to reduce trigger pull is to get an external hammer, in which case the gun can be cocked before firing.) Many police officers carry revolvers as back-up weapons for good reason, if they have to go to their back-up weapon, the proverbial “shit has hit the fan,” and they want a weapon they know will perform. Many people point to the revolver’s low round capacity. Consider this; in the U.S. 80% of police gunfights are 3 to 6 rounds fired, even when more than one gun is involved. Also, 3 to 6 yards in range. So while extra ammo is always a plus, we would rather you have a gun that shoots 5 or 6 rounds that you can actually operate and requires little practice, than one that carries 15 rounds that you cannot operate. 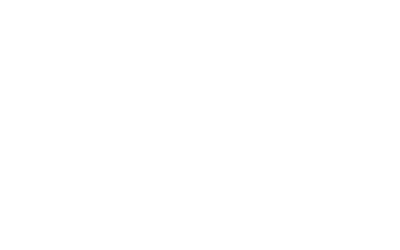 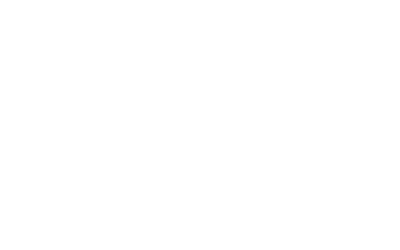 As for those who will truly invest the time range practicing, semi-auto pistols are superior. We prefer an “out of the box gun” – meaning a weapon that is ready for action right out of the box, not a weapon that is temperamental and needs work from a gunsmith. Glocks, H&K, S&W M&P series, Sig’s, Berettas, Springfield XD’s, are all “out of the box” guns. 1911 style single action pistols, while excellent weapons, are a professional’s choice. 1911 style pistols can be finicky, and often need work from a gunsmith to be reliable. They require much more practice to build the muscle memory necessary to manipulate the thumb safety, when moving back and forth from a ready position or holstered to gunpoint.

We often get inquiries into shotguns for home defense...

We disagree with this option for several reasons: They are hard to safely store; unless you are willing to install a vault or cabinet in your bedroom. Most people throw them under the bed or in a closet, easily found by burglars. Also pellet spread; if anyone is standing near or beyond your target this can be a major problem. Additionally moving through doors with a long gun without leading and potentially being disarmed is a challenge. (All reasons why Vice President Biden’s comments are so uninformed.) People often say racking a shotgun is intimidating. To which we respond “what is the bad guy doing while you’re racking it?” Any weapon you have for self defense should be ready to go, not one you have to load. We recommend a handgun for home defense, stored in a small vault in the bedroom. Use a random code, not a key. (No birthdays, street numbers, anniversaries, etc…your kids or a wayward family member can figure these out. While the chances of them figuring out a random code is astronomical.) Inside the vault the weapon should be loaded, chambered, safety off, and ready to go. It’s bad enough you have to get the gun out without having to be concerned with loading it under stress, and perhaps in the dark.

A Bit of Perspective...

While handguns have not significantly improved over the past 40 plus years since the introduction of the Glock 17, (other than ergonomic and reliability improvements), ammunition has come light years. A 9mm hollow point expands larger than a .45 hollow point did only 10 years ago. In other words, the 9mm is now a serious choice for self defense. Not only does it perform well, but 9mm magazines will hold more rounds than their .40 and .45 counterparts, and shoot with less recoil. Don’t get too wrapped up with bullet size, what is most important is shot placement, not caliber. A .380 caliber or greater is necessary to penetrate a human skull. We have found through testing that calibers below .380, (such as .22, .25, .32), simply don’t have the stopping power necessary. We have personally seen people who have been shot in the head point blank with small calibers, and the round has skipped off their skull. So while these small calibers may be deadly in the correct spot, they are not reliable. In ammunition testing we look for weight retention, expansion, and penetration. .380 and greater calibers have proven to have the power necessary for self defense. We recommend a semi-auto that locks to the rear on an empty magazine, unfortunately many small calibers do not feature a slide lock. Meaning the shooter doesn’t know the weapon is empty until they pull the trigger and it doesn’t discharge. This is a huge drawback in a semi-auto. All that said, a hit with a .22 is better than a miss with a .45. (Meaning, we would rather you have a weapon you can control, than one of greater caliber you cannot.) Additionally, the good news is the overwhelming majority of humans will run when shot at.

A Note About Ammunition...

Hornady Critical Defense, Federal HST, or Winchester Ranger ammunition are excellent choices for self defense. In fact all the major brands perform well under testing. Carry hollow points for self defense, shoot cheap ball ammo for practice. Yet it’s not a bad idea to run several mags of hollow points through your weapon to make sure there are no feeding issues. Most people are not motivated enough to carry a spare magazine, but it’s not a bad idea to have an extra by your vault, or in the car.

Wherever you store your gun in the car while in transit, remember if you need to access it there is a very good chance you will also be involved in a traffic crash. Therefore store it somewhere it won’t go flying if you need to ram your way out. If the gun goes under your feet as your driving it’s not much good to you. We recommend storing an extra mag somewhere you can easily access it also. The car door makes a great spot for mags for right handers, center console for left handers.

Advice for finding a holster...

Holsters should be of a quality brand, you will get what you pay for. Avoid nylon, shoulder holsters, and pancake holsters. Shoulder holsters are not only difficult to conceal, but people usually cover their own arm, or the person standing next to them, with their muzzle when they draw, violating the first two firearms safety rules. Choose quality leather or molded plastic. A retention system is not a necessity if carrying concealed. Retention systems take countless repetitions to become muscle memory, and therefore we do not recommend them for concealed carry. Inside the pants, belt holsters, pocket holsters, and ankle holsters are optimal places to carry concealed. ALL holsters should cover the trigger, and should be designed so as they are molded open, and not collapse after drawing. Carrying concealed can present a challenge for female shooters due to fashion, but purse holders are an excellent option.

Lasers have advantages and disadvantages...

The red dot on an assailant’s body can serve as intimidation, target acquisition is fast, and sights are not required. The negatives are; cost, that the shooter gives away their position if trying to stay concealed, shooters often focus on the dot and lose their peripheral vision, often when the laser is removed the shooter finds their shooting skills have diminished because they have become reliant upon the laser, and lastly, with lasers that are activated by a grip sensor, shooters often create “limp wrist” malfunctions because they are loosening and tightening their grip to manipulate the laser. In short, lasers are a poor choice for the professional, but can be an asset for a beginner or those who simply won’t train. If you decide to use a laser, get one that is not activated by squeezing your grip. We have seen beginners with poor eyesight and low physical ability, make great hits on target with lasers, which is hard to argue with.

Weapon mounted lights have applications for police and military, but are generally a poor choice for self defense within your home. Lights are bullet magnets, and should only be used when absolutely necessary. If you must use light, we recommend using a hand held flashlight and holding it away from your body, strobing the light only when necessary. Night sights are a far better use of your money than lights. Frankly, light for self defense is overrated.

I hope this information has been of use to you. If you have further questions, feel free to e-mail me at g.dunne@comcast.net.